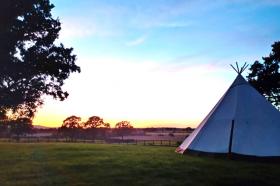 A Licence to occupy provides the Licensee with the non-exclusive possession of the Licensor’s property for a period of time (typically no more than a few months, or for short periods, from time to time, regularly) in return for a fee. Licences tend to be quicker and easier to complete than leases. A Licence can only provide for non-exclusive possession of a property, meaning that the Licensor can also occupy the same property with the Licensee, or (in some cases) even grant further Licences for other Licensees to occupy the same property at the same time or other times as the Licensee. In contrast, Leases provide tenants with exclusive possession, i.e. the right to exclude everybody else from occupying the property, including the landlord. A Licence does not provide the Licensee with security of tenure under the  Landlord and Tenant Act 1954 which, unless expressly excluded, is by default provided to tenants of commercial property leases. Security of tenure provides tenants with the right to remain in their property even after their lease has expired (on the same terms as their expired lease) until such time as they are evicted via the courts, and the right to demand a new lease (which a landlord has very limited grounds to oppose). A Licensee can be evicted much more quickly and at less cost than a lease’s tenant.

Merely calling an arrangement which allows for exclusive possession, a “licence”, does not alter how the Court will enforce it, however – so the key to drafting licences is to be sure that leases are not inadvertently created, instead.

This product is our drafting a licence according to the terms we are told have been agreed. It does not include our involvement in the negotiation of the terms.

We don’t generally do anything for new clients until our process of client retention has concluded – this involves agreeing the scope of what we are doing for the price (our terms are below), setting-up our client record, and producing the bill (payment in advance is required for all new clients).

After that, the production of the licence is a job that we can undertake in a few hours once we can schedule it in our workflow, that can depend on how busy we are at any particular time. We would not usually take-on a job for which we could not engage within about a working week.

Your supplier is SRA-regulated Mounteney Solicitors, that charges VAT some customers may be able to reclaim